This is a single blog caption
6
Feb

Speakers who were pillars of dreams, patriotism and freedom. Speakers, whose words influenced millions of people to rise, believe in themselves and change society towards a new milestone. Speakers whose words continue to inspire generations, long after their passing. But were the Lincolns, Kings and Kennedys of this world simply born eloquent? Or can we have the same potential to use the power of our words to inspire those around us?

I’m told by my parents that from the moment I learned how to talk, they knew I had found my calling. 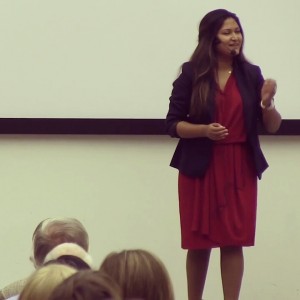 I wouldn’t say they’re wrong; as a young child who often fell ill, my health and constitution were often beyond my realm of control. Perhaps which is why I was determined to be vocal, be a strong confident speaker, because it was one of the few ways I could exercise control over the remaining elements of my life. Oration became a hobby, and gradually, public speaking became more than just an outlet; it became a creative expression, a medium with which I could express my thoughts, emotions and strengths to the world. It was my way of making a difference in my world. My love for speaking was unparalleled and from a very young age I’d represent my school at various speech competitions, events, felicitations, hosting, while the passion for speaking grew. I often feel I was destined to become a speaker, the choice I made as a child was here to stay forever.

Down the years, I was blessed to receive awards at national and European levels, give speeches in cultural conferences in The Netherlands, at events such as TEDx, universities and corporates, while with every new opportunity I realized how much more there was to learn in this field.

But not everyone grows up with a dream to be a speaker; some get nervous at the thought of expressing themselves while others face a debilitating fear of public speaking.

Today as a professional speaker, my only message to my audience is that you are no less than the idols you aspire to be. You are a powerhouse, with latent potential within waiting to be explored and nurtured. With practice and passion, you can and you will become the best speaker you could ever dream to be, and in the process, inspire your audience to continue this legacy.

All you need to do, is Find The Speaker Within.